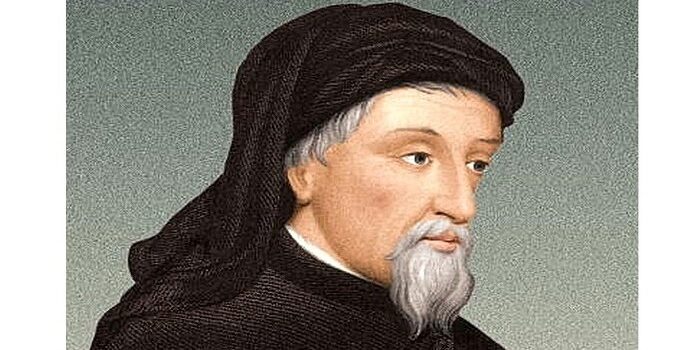 By Lorenzo Iovannisci (Breathe Your English)

This essay has the purpouse of spreading out a bit of English culture and literature. Every week we will publish an article about an anglosaxon writer different cultural themes.

Geoffrey Chaucer is considered the father of English literature.

He is the authour of the collection of stories named ‘ The Canterbury Tales’. Thanks to his work England inagurate what soon become one of the most fruitful literary traditions of the world and English could aspire to be a literary language.

Geoffrey Chaucer was born in London in 1340 from a rich family and that’s why he had the opportunity to receive a fine education. This enabled him to find a place in the house of  Jhon Gaunt, a wealthy man  who was broaden his knowledge by allowing him to read the classics and many contemporary French authors. In 1773 he travelled to France and Italy and here he met a lot of artists and poets which, later,  helped and ispired him to go back in England and write something himself. Chaucer travelled extensively to the continent as a diplomat or as a secret negotiator. His diplomatic activities allowed him to meet (1) prople from all kinds of provenances and gave him the chance to observe humanity from a privileged point of view.

He wrote Canterbury tales during the last years of his life approximately between 1387 and 1400. it is said that he was inspired by Boccaccio ‘ the Decameron’ that he read in one of his travel to Italy. Chaucer was sitting in one Italian cafè when he started reading the novel everyone talked about during that period. It seems that he was so fascinated about the way Boccacio pieced together character and ideas.

Chaucer masterèiece is undoubtly  THE CANTERBURY TALES, an unfinished poem known for being the first published book of poetry written in English. Before Chaucer authors used to write poems in Latin, Italan or French. English was considered a low-class language and poetry was read and understood only by wealthy people.

By writing his poem in English Chaucer performs a very important cultural operation: he shows that English is a vehicle that can be used to express high literary contents and makes poetry avaiable to everyone.  Authors after him all wrote in English.

The Canterbury tales is a collection of stories which were written in the Middle English at the end of the 14th Century by Geoffrey Chaucer. Most of the tales are in verses though some of them are also in prose form. The Canterbury stories were part of the story telling contest by a small group of pilgrims who travelled together on a journey from Southwark to Saint Thomas Becket where their shrine was located. Chaucer used the tales and the descriptions of his characters to paint a very critical and ironic paint of the English Community at the time in particular the church of that time (2).

The pilgrimage of the characters to Canterbury isn’t just an act of religious devotion (typical of medieval society) is a portrayed as a life -changing experience and an occasion for the characters to explore the world, get in touch with new people and ideas, hear new stories and discover the complexity and the fascinating variety of the world.

All the characters in Chaucer’s poem are united by the fact that they are taking part in what is probably the most famous pilgrimage in England and it represent a vivid portrait of English society of that time.

A lot are the main themes in Canterbury tales but the one we want to refer to is the relation ship between man and women and the changing role of women. In many of his sories Chaucer explores man-woman relations and redifines them in the light of the new emerging role of women in society. Feminism did not exist in Chaucer’s time, but characters like the wife of Bath surely anticipated some of its trends.

Last week I was talking with student about Chaucer and the way he considered women and after all we had a discussion about the equality between men and women. On on my student wrote : ‘ Chauser’s masterpiece is certainly The Canterbury tales known as the first published book of poetry in English language. Chauser in Canterbury Tales presents the roles and positions of women in the medieval society. It is generally assumed by many that women in the medieval period were treated as inferior to men, women role was infact often determined by the feudal communities. Women in the Tales have traditional roles: they are wives and mothers. In the Tales it is argued that women characters are more complex than men. Chauser was inspired by his travells in particular by Italy where he met Boccaccio and took inspiration from his ideas. Traditionally women have often be confined to a more domestic role, in addition the positions of power have usually been in male hands.

The fact that women haven’t always been able to vote shows how much inequality there was. Have things changed today? (3)

Dear reader with this open question see you next week 😉 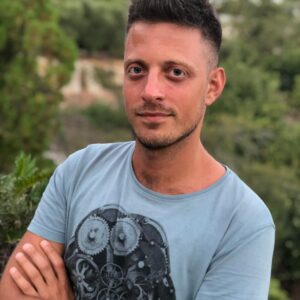 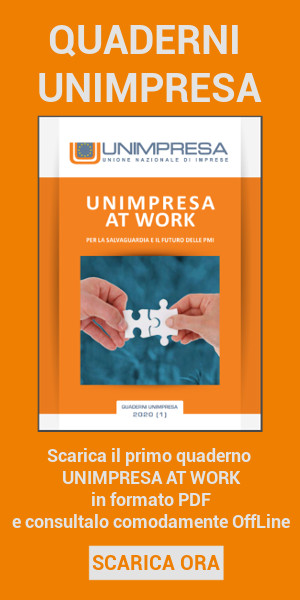